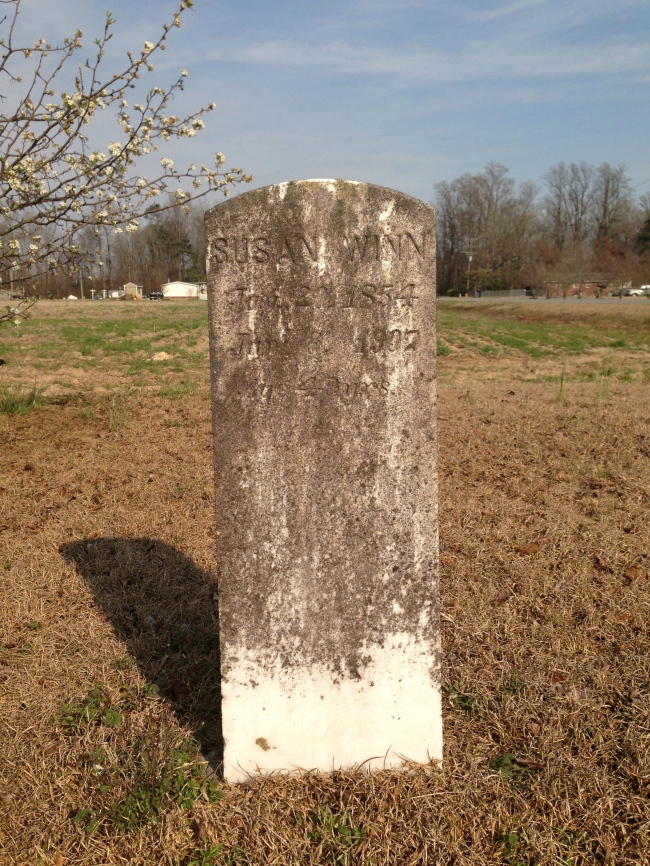 EDWARD JAMES WINN (1838-1922) was the son of Gray Winn and Sarah “Sallie” Greenfield Winn.  His wife, SUSAN HENDERSON WYNN (1854-1907), was the daughter of James Henderson and Louisa Armwood Henderson. They are buried in a small family cemetery near Dudley in southern Wayne County.