Nathan Blackwell’s will and desire.

Did unlawfully live as man and wife.

The Jurors for the State on their oath present that Benjamin Price a free negro late of the County of Wilson on the 1st day of December AD 1858 and divers other days and times both before and after that day at and in the county aforesaid did unlawfully cohabit & live as man & wife with Easter a slave the property of Dempsey Barnes contrary to the form of the statute in such cases made & provided and against the peace & dignity of the state.    /s/ B.B. Barnes Sol

Cooking was just as necessary.

A Veteran of the Civil War.

Henry Locus, 70 years of age, a subscriber to the Times, and a worthy colored man living near Bailey, N.C., was in to see us today and knowing that he was the cook with the company of volunteers raised by Captain Jesse Barnes, we had an interesting conversation. The company took with them two cooks, Henry and his brother Nathan. Nathan is dead but Henry is well and hearty and the father of 19 children, the youngest thirty.

To the question, “How many grand children have you?” Henry replied: “Lord, I couldn’t begin to tell. Some of them has as many as nine already and some of my children are way down South and others are somewhere else, and I just can’t keep up with them.”

Henry informed us he staid with the command for two years until “grub” became scarce and hard to get and “I signed by position” and came home to work in the iron mine in the upper edge of this county.

Henry thinks he is entitled to a pension, and when we suggested that he was not a soldier, he replied that cooking was just as necessary as fighting. [Remainder of article missing.]

[Sidenote: A hat tip to J. Robert Boykin III, who transcribed this article for the May 2014 issue of Trees of Wilson, the excellent journal of the Wilson County Genealogical Society. Boykin noted that the “company of volunteers” was known as the Wilson Light Infantry and mustered in as Company F, 4th Regiment, North Carolina State Troops.] 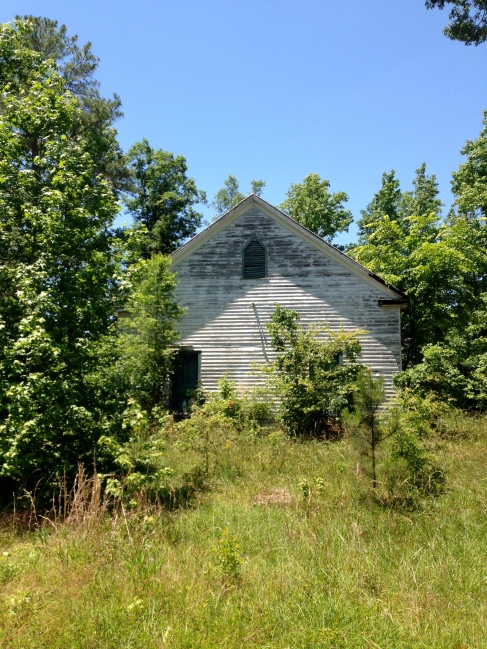 “Uncle London” Woodard (1792-November 15, 1870) was one of the most respectable black men of his area and time. Having been married about 1817 to James Bullock Woodard’s Venus, he was purchased by this planter on May 24, 1828, and became his overseer and distiller. London was baptized into the fellowship of the Tosneot Primitive Baptist Church on August 24, 1828, and Venus on August 4, 1838. This good woman died about the end of 1845, leaving several children to mourn her loss.

In 1846, he married Penelope Lassiter, daughter of Hardy Lassiter. She had become an indispensable part of the James B. Woodard household after the death of his first wife in 1837. “Aunt Pennie,” a free woman of light color, who worked hard, saved her money, and bought land. On September 18, 1854, she also bought “Uncle London” and made him a free man. He was “liberated to preach” on April 21, 1866, and in the following December Mrs. Elizabeth Farmer gave him one acres upon which he soon erected “London’s Primitive Baptist Church” which is still in existence.

From the introduction to Hugh Buckner Johnston, The Woodard Confederate Letters of Wilson County (1977).

Photo of London Church taken by  Lisa Y. Henderson, May 2013.

[Sidenote: Actually, while London Woodard may have lived essentially as a free man after Penny Lassiter’s purchase, there is no evidence that he was in fact emancipated prior to the end of the Civil War.  No record of such has been found and, while Penny and their children appear as Lassiters in the 1860 census, he does not.

The London Church congregation built a new edifice on the church’s original site on Herring Avenue in Wilson. The building above was saved and moved around the corner to a site on London Church Road, where it sits neglected. — LYH] 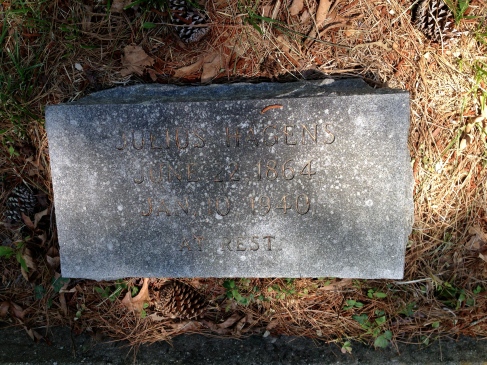 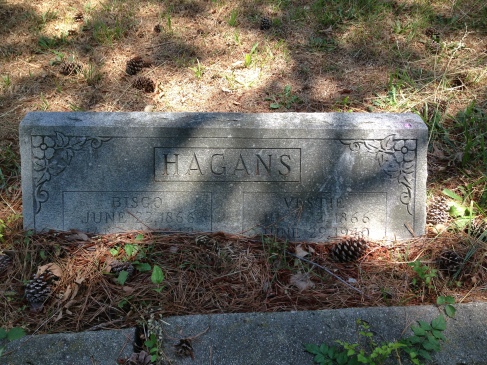 JULIUS HAGANS and BISCO HAGANS were sons of Richard Hagans and Alice Ann Faithful Hagans, who married in 1849 in Edgecombe County. They are buried in a family plot in Elm City’s black cemetery. 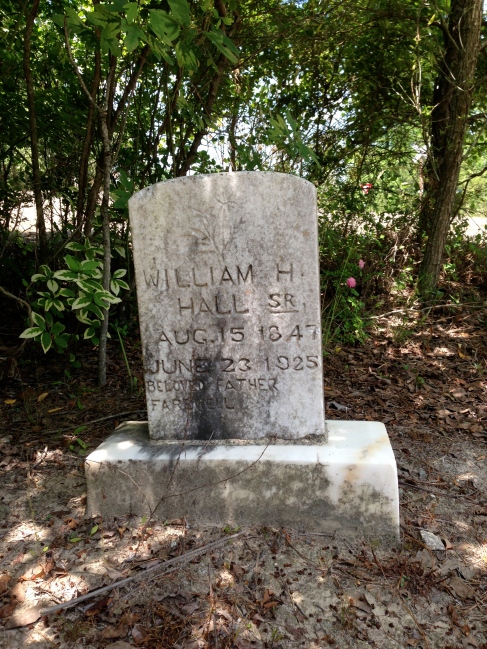 WILLIAM H. HALL, SR. was the son of Eliza Hall and James B. Woodard, a white man. He is buried in Red Hill cemetery, near Stantonsburg, Wilson County. Beloved father farewell.

[Sidenote: The birthdate on William Hall’s headstone is completely different from that reported in the Lewis Ellis Bible. Of course, neither he nor his family had access to this Bible, and he may not have known his actual birthdate. — LYH]

I am sorry that Mrs. Lynch is trying to be so large.

Your letter by Tom has been Read. I am glad to hear that you are all well. I am well & hearty. I am sorry that Mrs. Lynch is trying to be so large. I think the best way you can manage is for her to stay to herself. I want you to let her go Back to her house & stay there. If you & she can’t get along, there is no use trying to stay together. You may give her all that you think you can spare. I told Lynch when he came I could let him have what you could spare. You may tell Lynch that I had rather she would stay in her House as you & she can’t agree. I don’t see why she made such a bargain & then flew from it so quickly. The Best way you can do is to attend to your own Business. I think you will be better satisfied. I want you to tell Lynch that our Bargain shall all be right. I told Lynch his wife could have corn from my House & all the Bacon I could Spare. I left that to you to say what you could Spare & he & I were to settle that ourselves. You may tell Lynch that all will be right with me & him & tell his wife I rather she would not stay as one of the family. I think you had best attend to your own Business than to be run over by a negro. You know already she will not do to depend upon.

[The remainder of this letter has been lost.]

Footnotes: “Caroline Lynch was a free Negro woman born in 1837.” “Wyatt Lynch, an illiterate free Negro, was born in 1830. He was a plasterer and brickmason by occupation.”

In another letter written 23 May, 1864, Barnes told his wife, “Tell Lynch he must make my colt gentle.” 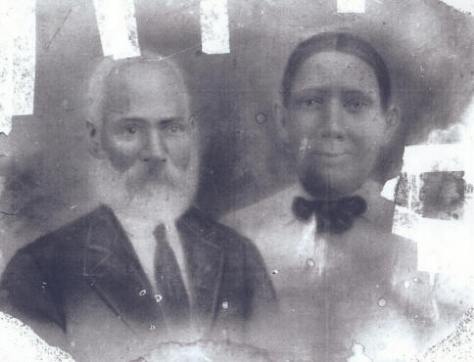