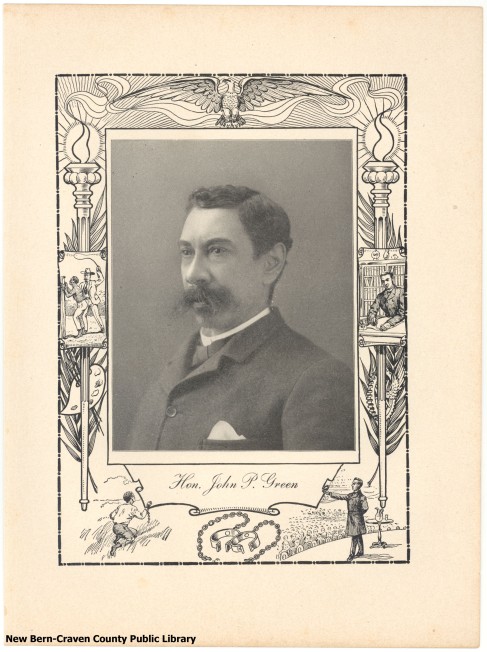 Hon. John P. Green was born in 1845 at New Berne, N.C., of free parents. As a boy of twelve years of age, he went with his widowed mother to Cleveland, Ohio. He was educated in the Cleveland public schools, graduating from the Central High School in 1869.

He was admitted to the bar of South Carolina in 1870. Returning to Cleveland, he for nine years served as justice of the peace. In 1881 he was elected member of the Ohio Legislature, serving three terms.

In 1897 he was appointed to a position in the postoffice department by President McKinley.He was also delegate to the National Republican Convention in 1872, in 1884 and 1896.

From D.W. Culp, ed., Twentieth century Negro literature, or, A cyclopedia of thought on the vital topics relating to the American Negro.