She purchased her daughter that she might give her freedom.

In the Year of our Lord one thousand seven hundred and Ninety six, To the Worshipfull the Justices of the County Court of Common Pleas and Quarter Sessions held in and for the said County September Term A.D. 1796

The petition of Amelia Green of this said County and Town of Newbern humbly sheweth to your Worships, that She now is and for several years past has been a free woman, that She is the mother of a large family of Children all of whom except two daughters have been enabled as the fruits of their own industry and meritorious behaviour to acquire their freedom, Your petitioner further sheweth, that one of those two daughters not yet made free a mulatto of the name of Princess and about the age of Sixteen, was late the property of Isabella Chapman of New Hanover County in s’d State by the will of Ann Shaw, But that your petitioner (being induced thereto by her maternal affection toward her, and a desire to see all her family on the same footing) with much toil and industry, has succeeded to raise a sum of money sufficient to purchase the said Princess her daughter from the said Isabbella Chapman and has there with actually purchased by fair bill of sale which She prays may be taken as part of her petition, the said Princess your Petitioner daughter. Your petitioners sole motive to this expense was that She might give freedom to her said daughter, Your petitioner further begs leave to Inform your Worships that she is now far advanced in life that she feels the infirmities of age growing upon her, and contemplates the awfull event of Death as at no very distant period, an event (which, unless the goodness of your worships prevent) might frustrate the pious intentions of your petitioner toward her daughter and disappoint her of the reward  of her labour. Your petitioner presumes to say with Confidance on behalf of Princess that she is a good Girl, a Good daughter, that, she possesses mild and peacefull disposition and industrious habits, which your petitioner will as is required make appear. Taking the premises therefor under your consideration, Your petitioner prays that your Worships would please to grant her a licence to set free and emancipate her said daughter the said Princess. And your petitioner as in duty bound shall every pray &ca.  Amelia X Green

Signed in presence of Edward Graham.

He has a wife, a free woman.

$50 REWARD.  ABSCONDED about the last of October, from the subscriber, at that time residing in Stokes County, N. Carolina, my Negro man COLEMAN, about 27 and 28 years of age, and of a very bright complexion.  He is a Shoemaker by trade, has a very bushy head of hair, a thin visage, is spare built and weighs from 135 to 140 pounds.  He has a very large scar on one of his legs near the ankle, believed to be on the right leg, also a scar on each arm just below the elbow occasioned by a burn.  His heels have been frosted, which injury has left scars upon them.  Coleman has a wife (a free woman) near Blakeley, N. Carolina, and it is probable that he may be in that direction, although many persons believe that he was decoyed off by a white man, named Joshua Young, who left the neighborhood about the same time for Indiana.  I will give a reward of Fifty Dollars to any one who will deliver Coleman to me near Brook Neal in Campbell County Va. or will confine him in jail, so that I get him in my possession.   RICHARD OVERSTREET.  Brook Neal, Campbell cty, Va. December 21, 1838

The first free colored person he recollects he ever saw.

This is one of four sworn statements by whites attesting to Fereby Simmons’ freedom. They were recorded in Docket Recording Book 11, p. 346, with this notation: “The following papers were presented to the court & permission asked to have them Registered & Recorded for the better security of the evidence therein contained, the court doth therefore grant said request, let them be recorded.”  Office of the Clerk of Superior Court, Wayne County Courthouse, Goldsboro. 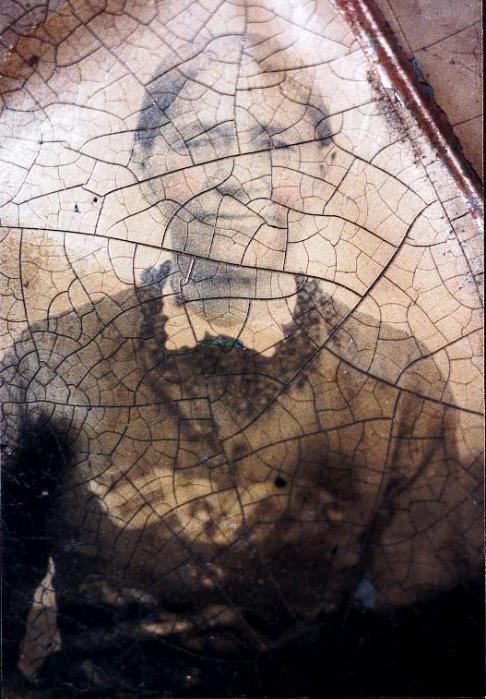 MARGARET BALKCUM HENDERSON, “Mag,” born 1836 in Sampson County, died 1915 near Dudley, Wayne County.  She was probably the daughter of Nancy Balkcum, a white woman.  She married Lewis Henderson (1836-1912) circa 1855, most likely in Sampson County.